"When The Sky Burned" 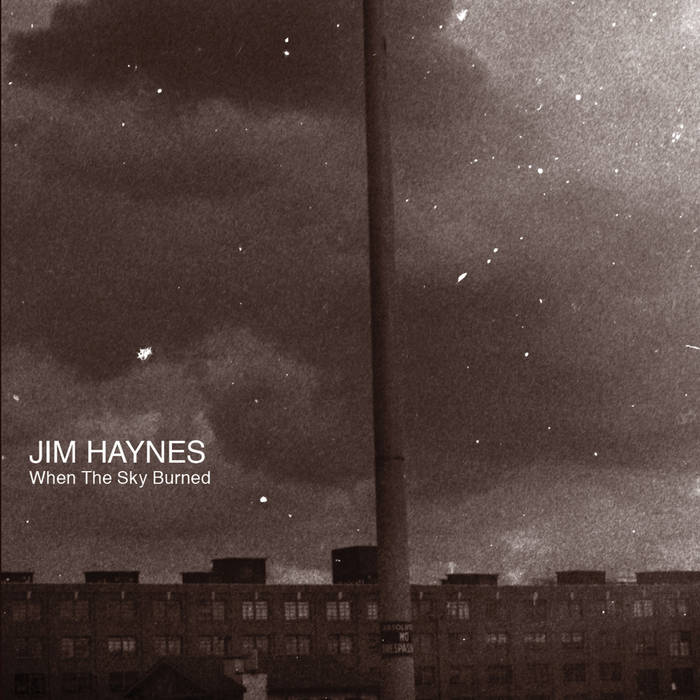 "I completed this record in the fall of 2020. Much of the western states of the US was ablaze for months. The anxiety of the collective American psyche was ubiquitous, also due to the Presidential elections in November of that year. And When The Sky Burned became an appropriate title given the environmental and political climate of that particular time. But it's also a reference to Zbigniew Karkowski - a very talented artist with whom I had a complicated, if distant relationship.

I had immediately been enamored by Karkowski's work when I heard his track on the This Infernal Love of Life compilation from 1990 and later his work on the 1992 Phauss / Karkowski / Bilting CD for Silent Records (which may have proven to be one of the reasons why I inquired about an internship at Silent in 1993, which in turn led me to move to San Francisco the following year). In 2001 I wrote my first feature for The Wire on John Duncan in which I cited Karkowski as being a collaborator with Duncan alongside Andrew McKenzie / The Hafler Trio. That citation resulted in a drunken invective hurled at me through The Wire, because he took grave offense at being mentioned in the same sentence as McKenzie. At that time, I had no idea that Karkowski and McKenzie had a massive falling out, which resulted in McKenize putting Karkowski in the hospital. I still don't know all those details, and I don't really need to know them. (Sadly enough, a similar citation caused McKenzie to be a complete prick to me as well at a much later time).

Nevertheless, I felt Karkowski's reaction was entirely unfair, given that information was not in the public domain at the time. In any case, I did work with Karkowski a number of times after this through the sound arts organization 23five Incorporated. We published an album of his and brought him out to perform a number of times in the Bay Area. My colleague at 23five Randy Yau had always maintained a good relationship with Karkowski, and that helped smooth at least some things over. Still, I maintained my distance from Karkowski and NEVER drank with him (he was notorious for getting blindingly, angrily drunk and blanking on everything that happened the next day).

After his death, I most certainly felt a sorrow that the world has lost this artist, but I was also very conflicted as I wish there could have been a conversation about what happened. I don't think he was capable of remorse or reconciliation, but I wonder if I was wrong in that analysis. So this album is a tenuous homage to Karkowki's early works - with the chest, cavity rattling lows and the shrill sustained high frequencies. The title in fact is a direct translation of the opening piece to that aforementioned Silent CD - "Als Der Himmel Brannte."

But of course, I can never leave anything so static alone, and the heaps of noise, junk, and dissonance were required."

Jim Haynes lives and works in Northern California. His compositions of corrosion, shortwave radio, and tactile noise have been published by Editions Mego, Monorail Trespassing, The Tapeworm, Elevator Bath, and many others. When The Sky Burns is his first recording for Sige.

dedicated to and inspired by z.k. and a.m., whether they like it or not

all corrosion, immolation, and electronics completed in 2020

photography by jim haynes, circa 2001

Sampa The Great joins the show to discuss her release, "As Above, So Below".